Home / About Us / Governors

David Heminway read Theology at King's College, London, and a PGCE at Christ's College, Cambridge. Having taught Religious Education in East Grinstead, he joined City of London School in 1985 as Head of Department, during which time he also became a Senior Housemaster, Speaker of the School Parliament, and Director of Personal and Social Education. In 1997 he became Head of Third Form and was in charge of 13+ Admissions, liaising closely with Heads of Prep Schools. In 2005 he joined the School's Senior Management Team as Director of Admissions, running the entry points at 10+, 11+ and 13+ and, in due course, admission to the Sixth Form. As Director, he also was responsible for recruiting to City the Choristers of the Chapel Royal and the Temple Church, which included his being closely associated with the Lord Chamberlain's Department at Buckingham Palace, and the Temple Music Foundation. He retired from the School in December 2014 but maintains his connection with the admissions world by preparing pupils for senior school entrance interviews on behalf of a consultancy firm.

David is a communicant Anglican and worships at a traditionalist Anglo Catholic church, where he serves on the Parochial Church Council and helps extensively with the administrative life of the parish. He enjoys entertaining, visiting European cities, and travelling further afield.

Michael Pittendreigh is the Assistant Director of Education for the Diocese of Westminster. His responsibilities include giving advice and support to Heads and Governing Bodies throughout the Diocese, as well as dealing with safeguarding and child protection issues. He is a graduate of Manchester University and was engaged in Catholic secondary education as a teacher, Deputy Head and for nine years as Head of a Catholic boys’ comprehensive school. Michael is married to Bernadette, who is Head of Special Educational Needs at a Catholic comprehensive school, and they have a grown up son, and a daughter who also teaches in a Catholic school in the Diocese.

Martin Hattrell was educated at Ampleforth College, Yorkshire and then read Literae Humaniores at The Queen’s College, Oxford. After Oxford he studied law at The College of Law in London and he then undertook his articles at Slaughter and May in the City, qualifying as a solicitor in 1987. He was a partner at Slaughter and May from May 1994, practising as a corporate lawyer across a broad range of practice areas including M&A (public and private), equity capital markets and general corporate legal advice. Martin is now retired.

He was a chorister in the Schola Cantorum (treble and then bass) throughout his time at Ampleforth College and continues to be interested in music and singing. He is married to Katherine and they have four children of whom their 3 daughters were educated at St. Mary’s, Ascot and their son was educated at Ampleforth. In addition to his family and music, his main interests include golf, cricket, bridge, field sports and farming in Norfolk.

Father Alexander Master was educated at Harrow School and then at Oxford, where he read Literae Humaniores at Corpus Christi College. He was ordained in 2004 and worked in parishes and hospital chaplaincy in Oxford and London before, in 2009, joining the staff of Westminster Cathedral, where he undertook a variety of roles, including Sub-Administrator and Precentor. In 2016 he was appointed Private Secretary to Cardinal Vincent Nichols.

Flora Lyon was at Oxford University and following that worked as a fund manager for Singer and Friedlander, Mercury Asset Management and Merrill Lynch.

She has had a son at WCCS and has been a Governor since 1996, and so has seen WCCS grow and modernise. She sits on the Governors’ Finance Committee, and has special responsibility for the School’s health and safety policies.

Flora remains a frequent visitor to the School. She has a particular interest in projects that use sport and music to engage and improve the life chances of children from disadvantaged backgrounds. 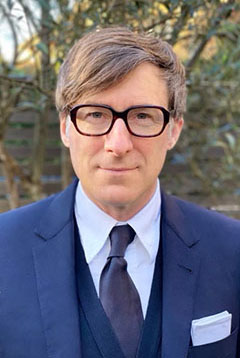 Robert Enserro is a founding partner and the Chief Executive of Macrosynergy, a macroeconomic research and technology company. Robert is responsible for the company’s strategic business development and operations.

From 2005 to 2009, Robert worked at BlueCrest Capital as a Portfolio Manager and Head of Business Development for Emerging Markets. Before joining BlueCrest, Robert was a sovereign debt trader, managing proprietary and flow trading efforts at Deutsche Bank, Donaldson Lufkin & Jenrette, UBS and Chase Manhattan/Chemical Bank, where he started his professional career.

Prior to working at Deutsche Bank, Robert spent three years at Bank of America, where he created and was Co-Head of the Central Bank Liquidity Desk, the bank’s first cross-product sales effort for central banks and sovereign wealth funds.

Robert graduated with a Bachelor of Science (B.Sc.) in Public Policy and in Spanish from Hamilton College (USA).

Robert and his family moved to London from New York in 2005. He and his wife, Vanessa, have two children. Their son, Francesco, attended WCCS and now attends Westminster School. They are members of Farm Street Church, where both of their children were baptised. 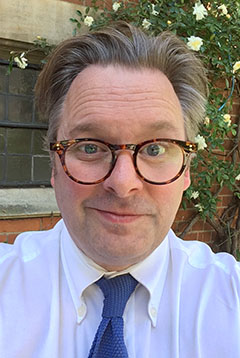 James O’Brien was educated at Prior Park College, Bath, and he read English Literature at the University of Edinburgh. He currently teaches English at Eton and is the House Master in Waynflete. He took up this pastoral role in 2012. James served as Deputy Head of English and Head of E block (Year 10). In addition to his duties at school, James was head coach of Middlesex Schools Under 18 rugby for five years. Before coming to Eton, James taught at Harrow and before that at Downside.

Father Stuart Seaton is the Catholic Chaplain at Harrow School. Father Stuart obtained degrees in Theology from Durham and Leeds Universities prior to being ordained in the Church of England in 1999. He served in parishes and schools as an Anglican minister before being received into the Catholic Church in 2007. He subsequently trained for the Catholic priesthood at Allen Hall Seminary, London, and received dispensation from Pope Benedict XVI to be ordained priest as a married man. Following his ordination in 2010, he became the Catholic Chaplain at Harrow School. In addition to his chaplaincy duties, he teaches Religious Studies and History. He has particular interests in philosophical apologetics, church history and music. He is married to Hilary and they have three sons.

Kate Finch has three children, the youngest of whom, Charlie, was a chorister at WCCS.

Raised in Lancashire, Kate spent her primary years at a state RC school before moving to Bolton School Girls’ Division where she remained for her secondary education. Following A Levels she read English at Queen Mary & Westfield College, University of London. During her undergraduate years Kate worked part time at the National Portrait Gallery and on graduating accepted a permanent role in the NPG’s Exhibitions team. She remained there for a couple of years following which she secured a place on the Mountbatten Internship Programme and moved to New York City for a year where she gained hands on business experience managing a small physiotherapy practice and was awarded a Postgraduate Certificate in International Business. In 2000 Kate moved to Bristol to join her husband and there completed post graduate legal training and qualified as a solicitor (with a specialism in commercial property) in a leading Bristol law firm. She remained in private practice until 2012 at which point she elected to take a break and is now self-employed providing general counsel and company secretarial services to a number of global clients, in such diverse sectors as natural resources, property and wine farming.

Kate enjoys a variety of leisure activities including shooting, music and the Arts, although finds no greater relaxation than devouring a good book.

Nick Robinson was educated at Worth School in Sussex. He went on the study for an English degree at Anglia Ruskin University in Cambridge, and then a PGCE in Mathematics at Goldsmith’s College, London University. Nick started his teaching career at Eltham College in south London and after five years returned to Worth Abbey School to become a Housemaster in 1986. He spent 12 years on the staff at Worth as a Housemaster, and also spent one year as a Development Director to lead a successful fundraising campaign for a new Performing Arts Centre. In 1998 Nick was appointed as Headmaster of King’s College Choir School in Cambridge, where he remained for 19 years until his retirement in August 2017. Music has played a central part in Nick’s life. As a teenager he became a conductor of the Sevenoaks Youth Orchestra and while at Eltham College he founded the Eltham College Community Orchestra. He has also sung in various choirs. In November 2004, Nick co-founded a children’s music charity with the Duchess of Kent called ‘Future Talent’, which supports talented children from low-income backgrounds from all parts of the UK up to age 18. Nick has been the Chairman of Future Talent since it was founded and plays a very active part in the life of the charity.

If you wish to contact any member of the Governing body, please write to: